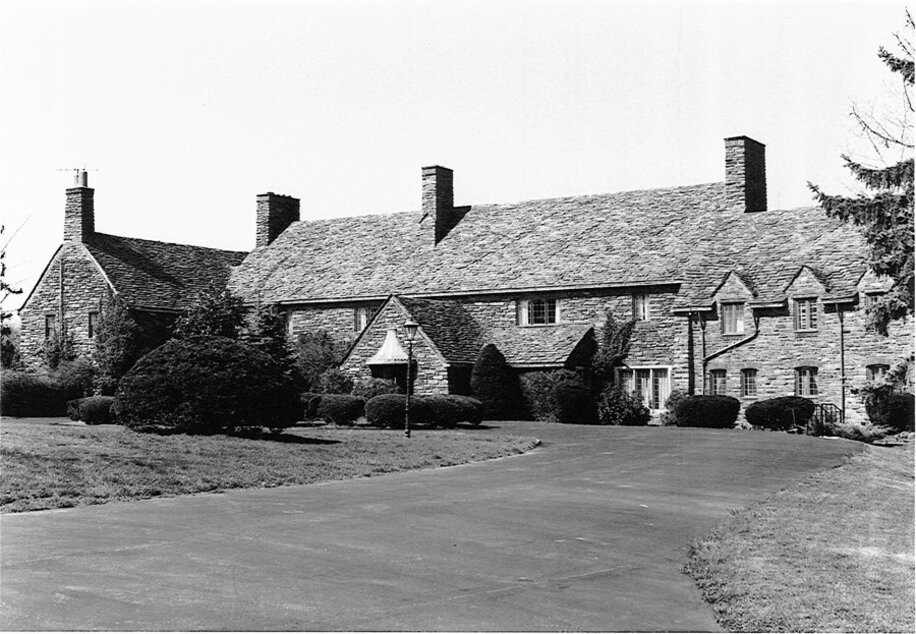 The Mystery of The Knight House In St. Louis

Every building has a story. The story of the Harry F. Knight House combines stark dualities of affluence with vacancy, optimistic forethought with crashing reality. The only thing that is visible from this impressive estate house, despite careful landscaping and luck, is its rambling, vertical roof. It extends over a long grassy hill like the natural line from the faraway horizon. While this portion of the house can be seen from the street is sufficient to spark curiosity, the real intrigue of this palatial estate lies deeper than its apex.

The Harry F. Knight House is the first to be recognized. It was designed by Harrie T. Lindeberg, a highly regarded architect. The famed architect is best known for designing extraordinary country homes for the American elite such as the Vanderbilts, Armors, Astor, and Pillsbury families. He was also well-known for his innovative take on traditional estates and deep consideration for the property’s surroundings. The Harry F. Knight House is a clear example of his appreciation for the English Tudor style’s long, uninterrupted rooflines and rhythmic groups of windows. According to reports, Lindeberg chose the location of the Tudor Revival-style estate from Harry Knight’s plane. Lindeberg used the aerial vantage point to place markers at the highest peak and with the best view. It was there that the main house would be built.

The exterior walls are made of Pennsylvania trap rock in various darkened shades. The tiled roof is made from Vermont’s 1-inch thick slates. Lindeberg’s design required the use of 100 10-x-12-inch oak support beams. There are 27 rooms in the interior, which can be used for entertaining. The long corridors were lined with chestnut and each bedroom had an adjoining dressing room. Parquet floors were made from pegged oak or marble, and one-bedroom was warmed by an Adam fireplace. Similar to the estate’s staff quarters, a series of servant rooms were located above the estate’s main kitchen. A six-room apartment for chauffeurs was situated above the garage. The house also featured a walled garden and a gatehouse. A Prohibition-era wine storage room was hidden behind a panel in a telephone room, which was closed off by a vault door. The building cost for the grand home was a staggering $1,000,000 when it was finished in 1925.

Named after its first, and perhaps briefest, resident, the Harry F. Knight House is named. Harry French Knight, a stockbroker at Knight, Dysart, and Gamble, was named after him. The land upon which the home was built was purchased by Knight in two parts in 1923 and 1926. Knight built the house himself and Lora Small Moore, his wife whom he had married in 1920. They largely commissioned it. Knight, who was president of the St. Louis Flying Club grew to respect Charles Lindbergh. Knight was a financial backer of Lindbergh’s historic flight in 1927 from New York to Paris. He also owned the Spirit of Saint Louis plane. Knight hosted Lindbergh on numerous occasions during their brief stay in the estate. The Knight House has a plaque that commemorates Lindbergh’s most memorable time there: an overnight stay, from which he flew solo across the Atlantic to New York.

The couple lived together on the estate for three years, before their marriage ended in 1927. Knight’s bride was the widow James Hobart Moore, the founder of U.S. Steel. Lora received the majority of Moore’s $93,000,000 estate after his death in 1916. According to reports, the briefly single millionaire was unhappy with her home on the hill and her husband. She moved to Nevada with Knight, fearing that Knight would take everything she had left. The striking estate was to go under Harry and Lora’s divorcing agreement.

The house was sold to Mary D. Ball in a fascinating transaction on September 30, 1927. It was then deeded to Knight three weeks later, on October 19. It is not clear if there was a mistake in the paperwork or a poorly executed plan that caused this sudden change of hands. The home was sold to Etta Eiseman and Mark Eiseman Steinberg for $500,000 in May 1928, less than half of the estate’s cost. Knight seemed to have suffered a substantial financial loss throughout his entire life. Knight sold his New York Stock Exchange seat in 1930 and his assets were only $51,000 at his death three years later.

Mark Steinberg, like many others, was in financial difficulty during the Great Depression. He put the Knight House on the market. It was not the best time to sell such a large property. The house was sold in February 1948 at $160,000. This continued the pattern of decreasing value. Emil E. Hoechst was a banker who considered the house a good investment. Although Steinberg did regain his wealth before 1948’s end, Hoechst was still the first Harry F. Knight House owner to not suffer significant financial hardship while he owned the estate. Hoechst lived in the north wing of his house for almost 15 years with his family, which was originally meant for servants. He worked in the Knight House to restore areas that had fallen to neglect. Interview with the St. Hoechst spoke out about his efforts to restore the estate, which had been vacant for many years. Hoechst stated that the entire roof had to be removed and the gardens had to be cleared. A man from the old country stayed with me for a year and helped to restore the place as it was. It was beautiful, and I spent a lot of money on it.”

Hoechst received a portion of the restoration money back in 1959 when he sold his house to David Carter and Madilienne for $200,000. David Carter was a stockbroker who also became a successful amateur artist when he purchased the estate. He was just 30 years old at the time. Carter was convinced that his luck would continue and installed tennis courts. He also hosted many lavish parties. Like many estate owners before him, his luck was short-lived. After losing everything on the stock market, he put the house up for sale in 1963. David and Madilienne Carter left the house to find a new start. Their hopes and the money they had left were not sustainable and David passed away in 1971 from a drug overdose.

It was realized that the estate was too vast to manage by one person, so the property was divided. The Knight House and the gatehouse became two separate private residences. One of the greatest mysteries about the Knight House is its new owner, who bought it in 1968 for $350,000. Ancra Realty Corporation listed the deed, which was solely responsible for the ownership of this house. The man who lived on the estate was extremely private and reclusive. He left a small home in University City, where his neighbors only knew him as a businessman. His fortune was made by the Vietnam War. His company sold rocket launchers for the U.S Navy. This resulted in $47,000,000 of business with the government. A grand jury indicted him for conspiracy, deceit, and defrauding 30 charges shortly after he moved into the Knight House. After pleading guilty, he was sentenced to four years imprisonment and returned to the Knight House in 1974 to continue his quiet life. Ancra International, which is the probable parent entity of Ancra Realty Corporation was responsible for designing and manufacturing cargo and accessories for the US Military. It still thrives today.

Today, the estate is a St. Louis County Landmark. Its vantage point on top of the hill remains. Its history is told between quarried trap-rocks like chainmail’s strengthening links. This promises its endurance through all the stories it has yet to hear. Its walls are alive and well, capturing the sounds of Charles Lindbergh’s anticipation remarks about his solo flight across the Atlantic and of the boisterous laughter at a party hosted by an opulent host. Like all houses, the Harry F. Knight House also has a history. As contributors, communities, and individuals, it is our responsibility to recognize them.